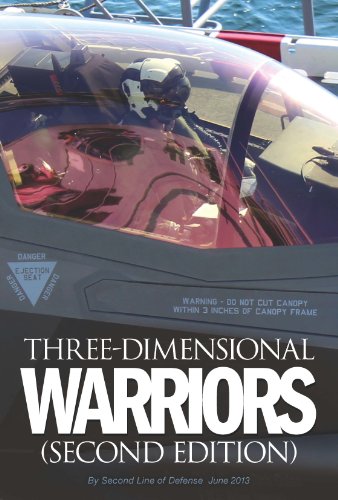 They get the job done without risking exposure of the most important secrets. Then the tech and designs exists in the case you need to spin up production. Otherwise, you're just gambling.

Utterly false. An even longer time is required to get crews up to speed 5 to 10 years. In modern full-scale war which as far as I know, the US still intends to win when it has one you pretty much are limited to the inventory on hand at the outbreak - there is simply not enough time to manufacture equipment and train the numbers of crews in the time scale of the conflict.

Modern conven. The F hasn't been flown because we haven't been involved in a conflict where air superiority was a requirement of the mission. As for the F, it's not flying combat sorties yet, because it's still in the testing phase. In another couple years, once it's ready, it will more than fulfill the roles it's intended to fulfill. Of course it will -- because it's operating specs keep getting downgraded [wired.

The Hidden Dangers in Your Phone Number

When the specs get reduced to "Must park on runway with its nose pointed in the general direction of the enemy", then it will be in full compliance with its required specs. If one engine dies on the F35, your in the drink. You'd have known that if you actually had a look at the performance charts of the SH no, they aren't classified. The F doesn't suffer from 'jack of all trades' anything. It has one trade: It's a strike fighter, and it will be good at this role. All other roles are secondary.


Nothing, and I mean nothing like your claim shows up in examining this. The F35 doesn't have performance advantages, its weapon loads and range are not vastly in another league, its power to weight and other performance metrics don't show this, and it may only be in systems, or avionics and stealth where it is ahead. And the feedback in testing is that its not an inspiring fighter plane. Which isn't great feedback given that its job and cost are both focused on that.

F-35 at Red Flag: Renorming of Airpower in Process

Not only is it slower and less maneuverable, it also carries less weaponry. Just about the only edge it will have over the Super Hornet is in avionics, and those can be installed in the Hornet via the proposed upgrade. Actually the main advantage it has is that it's stealthy from the front. Is that not the exact requirements for the F35?

I believe this has been the number one concern regarding them, and apparently much of the overruns are due to having to satisfy so many masters and have so many varients. There was a really good news special up here in Canada Can't remember network, may have been CBC , where they interviewed a now retired avaition engineer who was the lead for most of the successful designs in the last several decades in the US. The whole interview could be sumed up that he thought it was a collosal joke, that it was a failure, that it isn't good at anything with the exception of costing a lot of money and funneling tons of money to Lockheed from the government.

So you want an agile dogfighter, that can also function as a bomber, that has stealth capability, that has an extended range, that at least in some varients had vertical take off ability, etc Like designing a cargo ship to be small and nimble, you can't have both and really be successful. I think part of the problem is divergant purposes of these type of craft. As I understand it most air combat despite Top Gun is about stand off capability, which is mostly about radar and stealth and perhaps ordance.

That is you see them first from a LONG way off, let your birds fly, return to base to rearm without even really "seeing" your targets, let along get in an actual dog fight. However, that is against a modern air force, which historically hasn't really been a problem for a very long time maybe some migs in Vietnam perhaps, not including cold war. Who are they arming against, China?

Who else has any fighter capability to speak of? Then you get to the fact that most modern wars seem to be against despotic contries that really have little or no air force to begin with, and what they might have either is too old to be effective, ill maintained for any use, or the defect rather than throwing their lives away. That means that most targets are land targets. None of which are close by, Many of which would require use of various "allied" bases of varing degrees, and carriers should you have them and Canada does, not.

Anyway at least for Canada what would make more sense is a more modest jet, or even going with say two different models say for different purposes. I can understand why Canada wanted to get involved in the project from an ally perspective and coordination, and economies of scale and the like, however after a while it is just throwing good money after bad rather than admint a mistake was made. Personally I would rather see our helicopters get upgraded first, they are older, have been slated to be replaced for longer, and our Frigates which make up the core of what we call a navy actally have helicopter pads.

They also make a bit more sense for ground support for loiter reaons, swap out with search and rescue when close to home I would also like more heavy lift capability such as the C would make more sense and be more useful. Not only would this be able to ferry troops and equipment around the world faster, but would be infinatly more useful in peaceful missions like sending disaster aid and the like.

Anyway I am not military analyst by any means, I just hope that Canada isn't getting swindled by a scam whos only purpose it to pump money into a specific defence contractor for whatever political reasons, rather than getting the proper equipment for our armed forces. Just like the Flanker and Fulcrum families of Russian jets.

And still good enough to give Rafales and Typhoons a run for their money. Actually the "Super Hornet" was always in the plans when the original Hornet was designed and built. The plane was originally built with this upgrade path in mind as a major MLU.

Some of the major components aren't interchangeable, i. Um, what? The Super Hornet has been over deliveries and has been flying since the s.


It's been in service with the US and Australia for years. It's a known quantity. About the only downside is that it isn't as stealthy.

Ditch the F and pocket the rest either as savings. It was designed for, and performed in, an unsupported first strike role for the duration of the conflict. Half the price for the piece of paper with the specs on it. But like the dreamliner, Boeing will deliver late, overbudget, and with serious issues forcing it to be grounded. Cos that's how it works. The more you pay, the less you get. The aircraft emerged from Engineering and Manufacturing Development meeting all of its performance requirements on cost, on schedule and pounds under weight.

All of this was verified in Operational Verification testing, the final exam, passing with flying colors receiving the highest possible endorsement.

The F was a complete boondoggle. I'm going from memory, but IIRC it was born out of a competition for a single aircraft to serve both Air Force and Navy sound familiar so far? The design that would become the F won, but the Navy wanted a second engine so we ended up building TWO fighters. F development went fairly well, but the F proved to cost far more than initially thought as the specs changed underneath of it. A major design iteration redesign? But the path was not smooth or cheap. Other examples include the gradual changes that keep the and viable, versus the or A programs.

Not that a clean sheet design is doomed - you have programs like the , which went pretty well. And sometimes the technology changes significantly enough that iterative design will no longer result in acceptable performance. 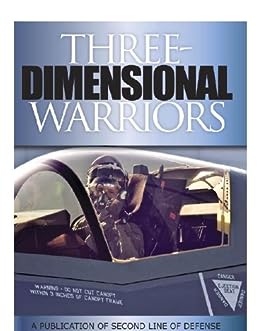 Related Three Dimensional Warriors: The Roles of the Osprey and the F-35B